The Chad Heard ‘Round’ The World 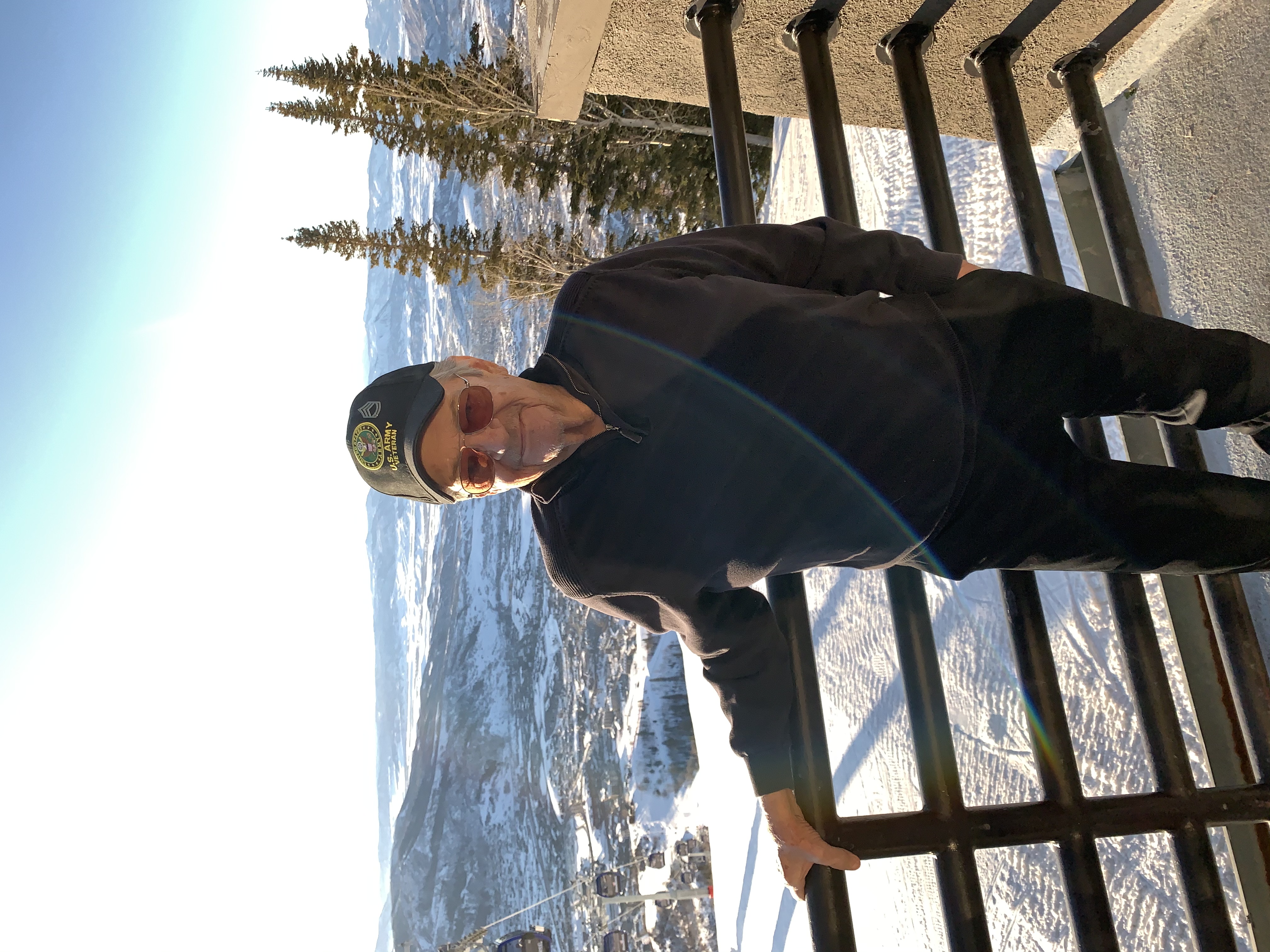 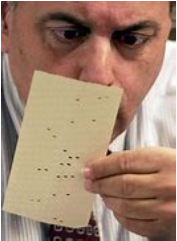 Let’s begin with a premise that I haven’t heard a chad addressed in any of the blizzard of commentaries and arguments from the media carnival surrounding the 2000 Presidential Election. That is this. Ever since the beginning of time, Gd has chosen the small and the insignificant to confound the mighty and the wise. And now, in His Divine wisdom and humor, He has allowed a tiny chad on an election punch card to bring to the surface the long standing root level war between personal rights and personal responsibility.

The paradigm shift that subtly occurred in our country following World War II came about when individuals begin to slowly change from depending upon family and community in times of need, to depending upon Uncle Sam and whatever governmental subsidies were available to them. Quite simply, it became much easier and far more convenient to hold out a hand and receive rather than to individually deal with situations of distress . In reality, the new concept of government assistance programs truly did begin to bring some relief to those who were struggling with rebuilding their lives. However, little did anyone know that we were creating and unleashing a heartless beauracratical beast that would eventually and ultimately devour all forms of personal responsibility, and instead begin to teach the needy how to work the system to take advantage of their personal rights.

On the current political scene, Democrats are calling on Republicans to cooperate and share power since the Republicans are enjoying somewhat of a majority. However, whenever and wherever Democrats win positions, they regard power as control in-stead of cooperation and they vehemently believe that power is not something to be shared. In fact, Democrats think power should be fought for no matter what the cost. This ‘win at all costs attitude’ is commonly called ‘power mongering.’ 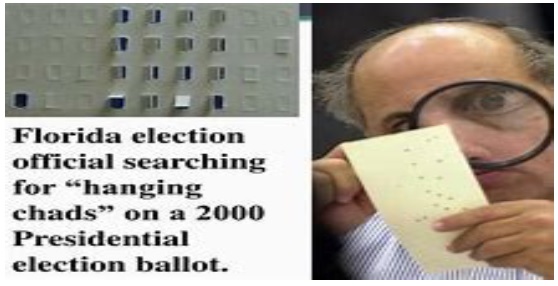 The differences in these two political perspectives are extremely vast. Something like night and day, black and white, or maybe even ‘as far as the east is from the west.’ For example, Republicans promote individual initiative while Democrats promote a sort of victim dependency that has its footing in blame. In other words, as long as you can blame, you don’t have to be responsible. Ain’t yo fault! Republicans see government only as sort of ‘safety net’ while Democrats view government as a ‘one stop shop’ that should provide everything. And, when it doesn’t, someone’s rights have been violated. Republicans believe that government should operate kind of on the outskirts of community obligation while Democrats view government as the center of community – maybe even the center of life itself. Republicans want people to be responsible to keep more of the money they earn and to be free from governmental dependence while Democrats want people to rely on the government believing that people are not capable of thinking for themselves and need someone to make their decisions for them.

It is little wonder, and should never surprise any sane person, that governmentally dependent people get extremely upset when they see their source is being threatened.

Republicans tend to believe that liberty is a wonderful thing and that inherent in the people themselves is the ability to find guidance that will be both beneficial to their personal lives, families and communities. While Democrats seem to see the people themselves as a problem and in need of indoctrination to regulate the standards by which everything operates, even down to the cars we drive. The Republican ideology says that people should be responsible for their own actions while the Democratic perspective says that everyone should be told what to do so that the end result can be predicted and forecasts can be formulated and personal rights can be recognized and protected. .

No matter which side of the political fence anyone is on, one thing has become blatantly apparent during Decision 2000. We have the greatest government ever devised by man in all of human history and we live in the greatest nation on earth at the time of this humble but accurate opinion. Anyone can press their rights to the absolute maximum and our system of government can withstand it. America has been stretched, bent, pulled inside out, and pushed to the edge of the envelope, but we are not broken. Our system works! Democracy is not dead! At least not so far??

No matter which side of the political fence anyone is on, one thing has become blatantly apparent during Decision 2000. We have the greatest government ever devised by man in all of human history and we live in the greatest nation on earth at the time of this humble but accurate opinion. Anyone can press their rights to the absolute maximum and our system of government can withstand it. America has been stretched, bent, pulled inside out, and pushed to the edge of the envelope, but we are not broken. Our system works! Democracy is not dead! At least not so far??

The only negative fallout from this very unique time in history will come from those who want to continue to stir the fires of conflict because without conflict they have absolutely no purpose for existence. So, when the ‘rented ranters’ continue their ‘power mongering,’ don’t get upset, it is all they have left. Just consider the source and let it go at that.. Power mongers are always much too engrossed in obtaining and maintaining their personal rights to ever consider the Divine principle of personal responsibility. It makes no matter if they call themselves Reverend Rainbow, or occupy the office of President of the United States, ‘power mongers’ will always enter the field of battle to fight for their rights, no matter if it means destroying whoever or whatever presents a roadblock. Be warned, however misguided they might be, they are vigilant to defend their source. This is simply the narcissistic mindset of those who have control growing between their toes and consider themselves above every law but their own. Lest we think this “children making mudpies in the market place” type of thinking only surfaced during Decision 2000, please realize that this mindset is eternal and global. Other countries might not call these political ideologies Democrats or Republicans…but the mentalities are the same.

Remember, neither of these political viewpoints can be judged as being intrinsically right or wrong. Its just a matter of how people think and how they were raised and taught to view and do life. At least for now, we are all free to express the way we conclude things should be. So let me hasten to say, I believe its high time that personal responsibility governs us once again. After all, even Jesus Himself gave up His personal rights in order to assume His personal responsibility.

HE HAS ALWAYS BEEN AHEAD OF HIS TIME

WHAT IS A WATERSHED MOMENT

A “Watershed Moment” is a term that came into use in the 1800’s. It alludes to a moment in time when events happen that will cause things to never be the same. The event or events that produce life changing times are like when the flow of a river passes by a divisive piece of land. The land splits the water up and the river begins to flow in two different directions instead of one. One flow will go the way it was going, and the other flow will head toward a larger body of water, namely the ocean. Things change when a population experiences a divisive spot in time. There will always be a before and an after when major events occur. This is called a “Watershed.” 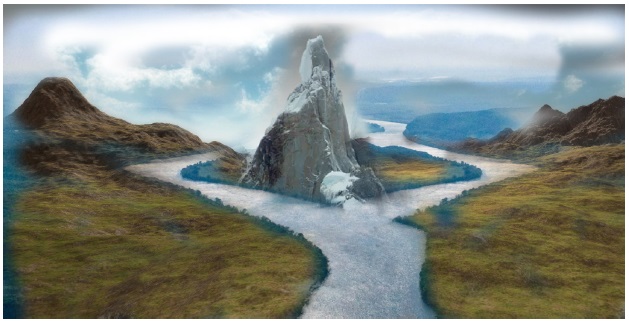 Hang with me. I am hoping to make the same point that hit me today in my time with the Lord while I was trying to figure out this COVID19 situation and what God is trying to teach us on a deeper level. The watershed moments of my life-time have drawn generational names.

Baby Busters or Generation X – This Watershed Term came from the Aids Epidemic following the mindset that the male and female are really the same. During that very sick time women became men and men became women.

Millennials – This Watershed Term came from the 2008 Global Financial Meltdown. For businesses, this was something the current time frame was devastating. There was certainly a before and after from those who experienced the complete change of business concepts.

Generation Now – This Watershed Term came from 9/11 and the events surrounding those horrible terrorist attacks on the towers in New York City and the Pentagon. Everyone will remember when that happened, especially those who wee there.

Last , but certainly not least is the.

Generation Z – This term hasn’t happened yet, but the thinkers are saying that for Generation Z the Watershed Moment will definitely be COVID19. This pandemic will leave much to be remembered such as the Loss of Jobs, the Loss of Lives, the Loss of Dreams.

While the rest of the world is being forced to go online for almost everything we need or do, Generation Z is already there. For this VietNam vet, the current technology has most assuredly outrun me. But Generation Z has been living in their devices during most of their upbringing. They have been online for a long time. If you want to know something about your computer and how it functions, just you’re your grandchildren. They actually believe that the primary social world is technological. They live on their devices Just as we speak of life before 9/11 and after 9/11, we will soon speak of life before COVID19 and after COVID19... Generation Z will be the most affected. The after time will intensify for them to believe that their life will be in the world of technology and their dreams will be built online. This COVID pandemic is only a baby step setup for the end of the world as we know it.

How To Become a Wise Master Builder - 1Corinthians 10-15

An Verse By Verse Outline from

Brother This Stuff Will Preach 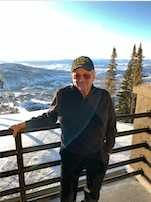